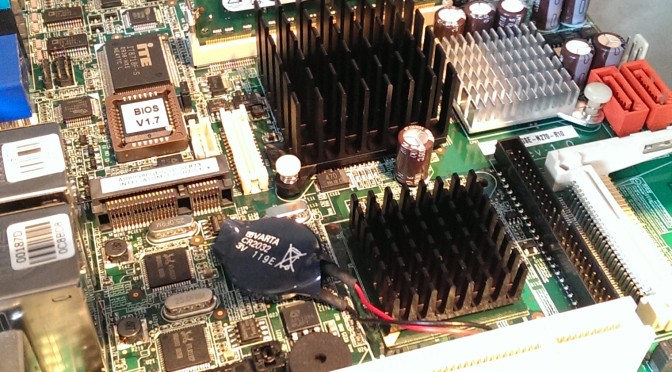 I stuck Ubuntu 10.04 LTS (see http://www.ubuntu.com ) on it as my firewall OS running the Firestarter firewall software which allows for Internet connection sharing to your network very easily, all of which it runs happily without any problem. You could almost use this system as a desktop workstation PC for light work such as email and Word Processing!

I originally tried booting up and using the system using my standard fallback firewall OS of Puppy Linux ( see http://puppylinux.org ) as this runs entirely from a live CD, I just leave it in the DVD drive for when problems happen so I can just load it up and carry on working. Puppy is even more light weight than Ubuntu, and ran very quickly on this setup without any problems!

I took a peek at the System Monitor to see what was going on there too, and the CPU shows up as a dual core core under Ubuntu!

I did read somewhere too that this system has driver support for Windows Vista too, though I can only imagine that would be much slower than Ubuntu!